Congratulations to the U14 Basketball team who finished joint winners of the Salford Schools Basketball League in only their second season of competition at this age group. Wins against Albion, Oasis, Moorside and Swinton prior to Christmas qualified them as Salford’s representatives at the Greater Manchester County Finals at the Amaechi Centre. This is the first time Bridgewater have been selected to play in this competition where the best schools from all of the other Boroughs compete against each other.   A promising start with victory over Wigan was followed by two defeats against very good opposition in Bury and Stockport. This meant we were paired against Oldham for the fifth spot which we secured. Well done on a very enjoyable and successful season.

On Saturday 27th February, the impressive Princethorpe College hosted the ISA National Cross Country Championships. Bridgewater had 3 students representing the North of England having qualified in the regional trials at Scarisbrick Hall at the back end of January.

On a crisp and blustery afternoon, Jade Bailey running in the Y9/Y10 Girls race, got away quickly in her race over nearly 3km. She was positioned towards the front in the early stages, maintained her form and eventually returned as the first North runner in an excellent finishing position of 8th.

Matthew Woodford was next to compete in the Y9/Y10 Boys race over 4km.

On the first circuit, he was placed in the top twenty and travelling comfortably.

However, an extraordinary second circuit saw Matthew climb through the field and by the time he was descending towards the finish line he had promoted himself to an incredible 4th place.

Saem Son was the final race of the day over 5km.

He was in a tough field along with other Y11’s as well as Y12 and Y13 Boys. Saem ran a courageous race in a very fast and demanding race.

His 20th place was a highly creditable achievement.

The Y7, 8 and 9 6 a-side football teams were all in action last week at the Salford Schools’ Tournament. The Y7 and Y9 teams battled through to the semi-final of the main competition where they both went out on sudden death penalties to St.Ambrose and Walkden respectively.

The Y8 team got through to the Plate Final, where they were winning 2-1 at half time and playing some good football. However, two quick Walkden goals turned the game on its head. With Bridgewater chasing an equaliser, Walkden attacked on the break and ran out 4-2 winners.

For full details of the course and theory content use the link below: 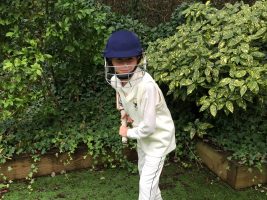 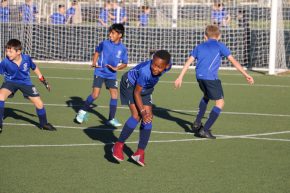 Following the success of the 2018 football development tour to Valencia CF, another trip has been planned for October 2019. The six day / five night trip is planned for 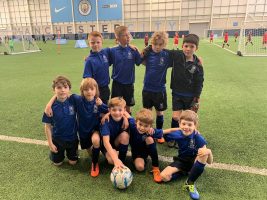 Our U9 football team performed magnificently last week at the MCFC Football Festival, narrowly missing out on this year’s final after losing to a dramatic sudden-death penalty shoot-out. Playing at 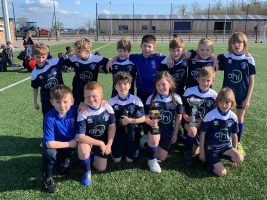