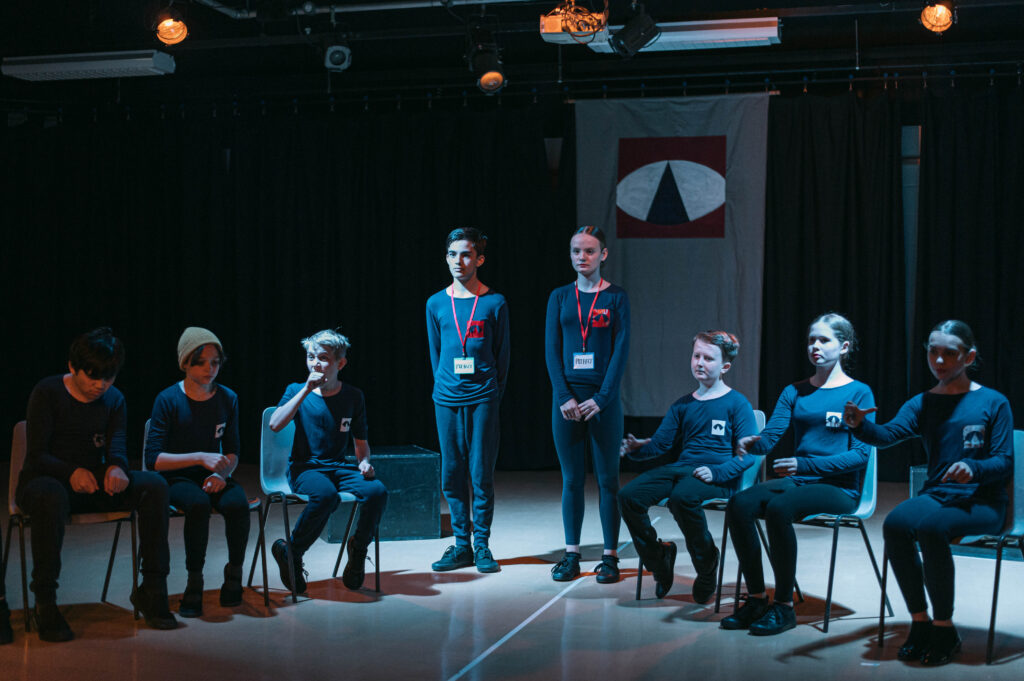 This year’s senior school production gave Year 7 students the opportunity to take to the stage for a unique virtual livestream event.

In a wonderfully hypnotic performance, the young cast showcased their dedication and commitment as they brought to life Gillian Cross’ thrilling tale of The Demon Headmaster, whose control over his pupils is merely a precursor to his wicked plan for world domination.

Though restrictions prevented a live audience performance, both students and staff rose to the challenge of performing for a visiting film crew, enabling viewers to watch the enthralling production via a livestream broadcast.

“With the incredible support of parents and staff, the students had worked extraordinarily hard to prepare for the production so we were absolutely delighted to be able to give them the opportunity to perform for a virtual audience. The show must indeed go on and this experience is something everyone involved will remember for years to come.”