‘The Positivity of Youth’ Celebrated at Annual Prize-Giving 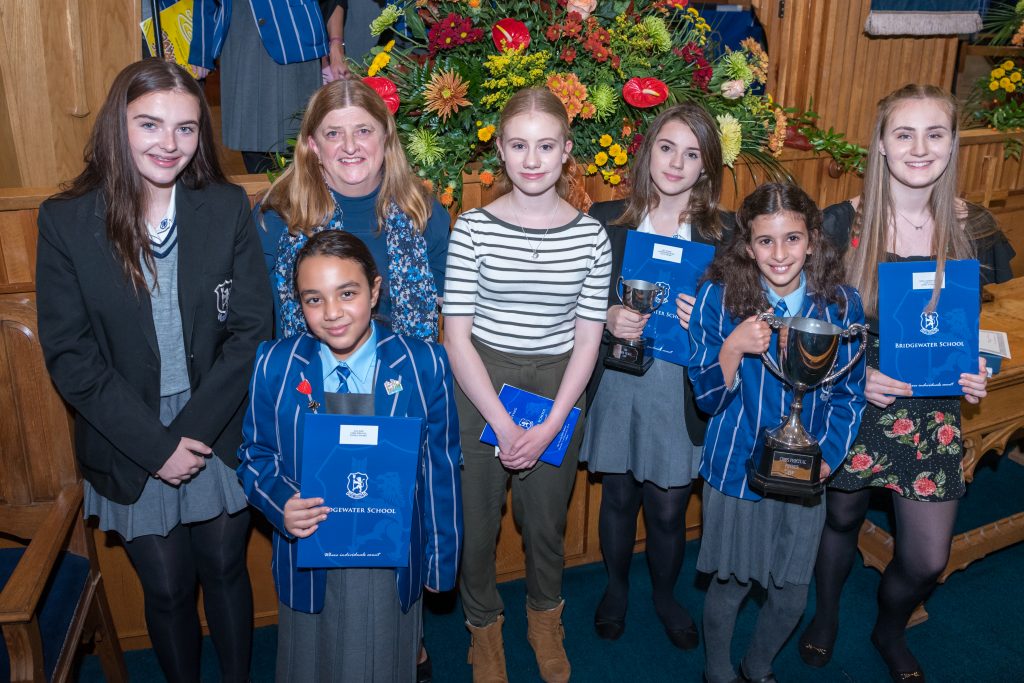 Awards were presented for outstanding individual achievements across the arts, sport and sciences, together with recognition for sporting excellence by teams such as the ISA U11 North Kwik Cricket Champions, ISA U9 Tag Rugby Champions and U16 Basketball Team, who claimed the league and cup double.

Throughout the evening, guests were treated to musical performances from the Prep Choir, Prep Recorders, Instrumental Ensemble and Senior Vocal Group, plus solo recitals on the piano, saxophone and clarinet.

Headmistress, Mrs Nairn, congratulated the students on their attainments, saying: “The last academic year has been a year packed with opportunities. A year full of so much success, and we are incredibly proud to celebrate the achievements of all our students who have worked so hard to achieve their personal best.

“…we are incredibly proud to celebrate the achievements of all our students who have worked so hard to achieve their personal best.”

“Earlier this summer, a group of Sixth Formers took part in an expedition to Tanzania, during which they participated in a community project that, in their words, ‘literally changed their lives’, giving them an appreciation of what it means to have nothing of any material value and yet still be truly happy, a lesson for us all.

“Tonight is about our students and all of their successes and achievements and is about being inspired by everything positive in the youth of today.”

Freya Lewis, who has raised almost £60,000 for the Royal Manchester Children’s Hospital charity, after sustaining serious injuries from the Manchester Arena bomb attack, addressed the audience in an inspirational speech. She said: “Since the MEN Arena attack, I have always tried to look forwards, never backwards, and there have been so many positive things that have happened to me in the last 12 months.”

“Since the MEN Arena attack, I have always tried to look forwards, never backwards…”

She continued: “I’ve been lucky enough to meet the Duchess of Cornwall (3 times!), along with lots of other celebrities, and have won the NHS Young Fundraiser award. I am also now proudly an ambassador for the High Sheriff of Manchester. I feel incredibly honoured to have been invited here with you today; thank you so much.”

Mrs Nairn went on to explain how Freya was an ongoing motivation to young people with her ‘can-do’ attitude, humility and gratitude. She added: “We can all take inspiration from the actions of Freya and her family, and that is why I invited Freya to our prize-giving, to help celebrate and motivate us all – teachers, parents and our pupils – to strive for the very best that they can achieve.”

We are incredibly proud to celebrate the achievements of all our students who have worked so hard to achieve their personal best.