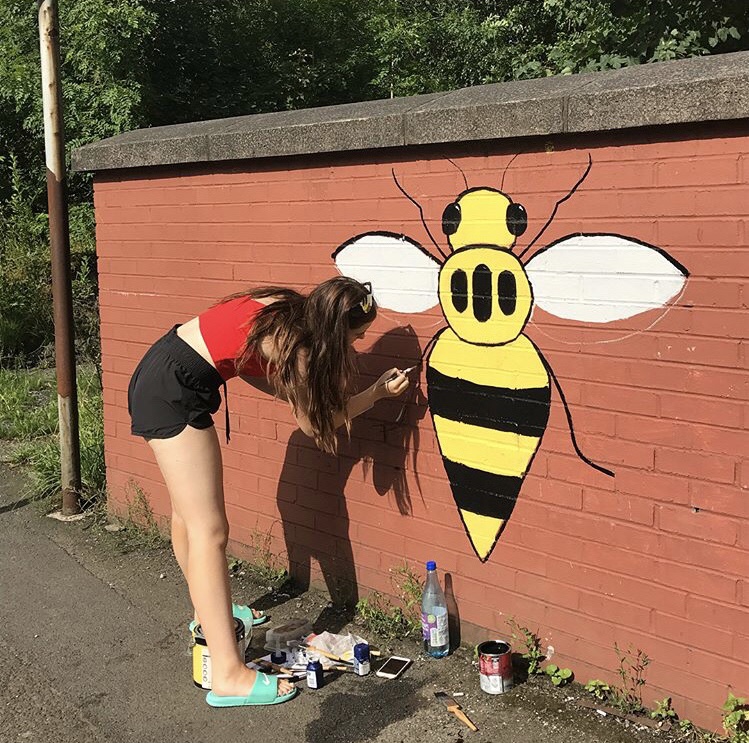 Amba said of her artwork: “I was inspired to do my Bee because of the tragic attack that happened in Manchester on 22nd May. When the news came through of the attack, I was with my family a the 9/11 Memorial Centre in New York and our first thoughts were of coming home to support our city.

“I am so proud to think that every time someone sees my Bee, it gives them a second to think about the victims and to commemorate them as they go on with their day.”

“Seeing the support for Manchester from around the world, really inspired me to do something to bring everyone together in my own town, and from the inspiration of all the amazing artworks around Manchester, I decided to paint my own Bee for the village.

“I am so proud to think that every time someone sees my Bee, it gives them a second to think about the victims and to commemorate them as they go on with their day.”

Mrs Nairn, Headmistress at Bridgewater School, praised Amba for her creativity and community spirit, saying: “At Bridgewater we truly believe in our overarching vision and aim of what we want our school to be in the future and part of that is developing pupils’ moral, social and cultural understanding, learning sensitivity to each other’s needs and the needs of the world outside school. Amba is a wonderful example of this.”

Since painting her mural, Amba has met with Mayor of Greater Manchester, Andy Burnham and former Manchester United player, Nicky Butt and told them her story. Her hope is that her work has inspired, and will continue to inspire people to get involved in their community.