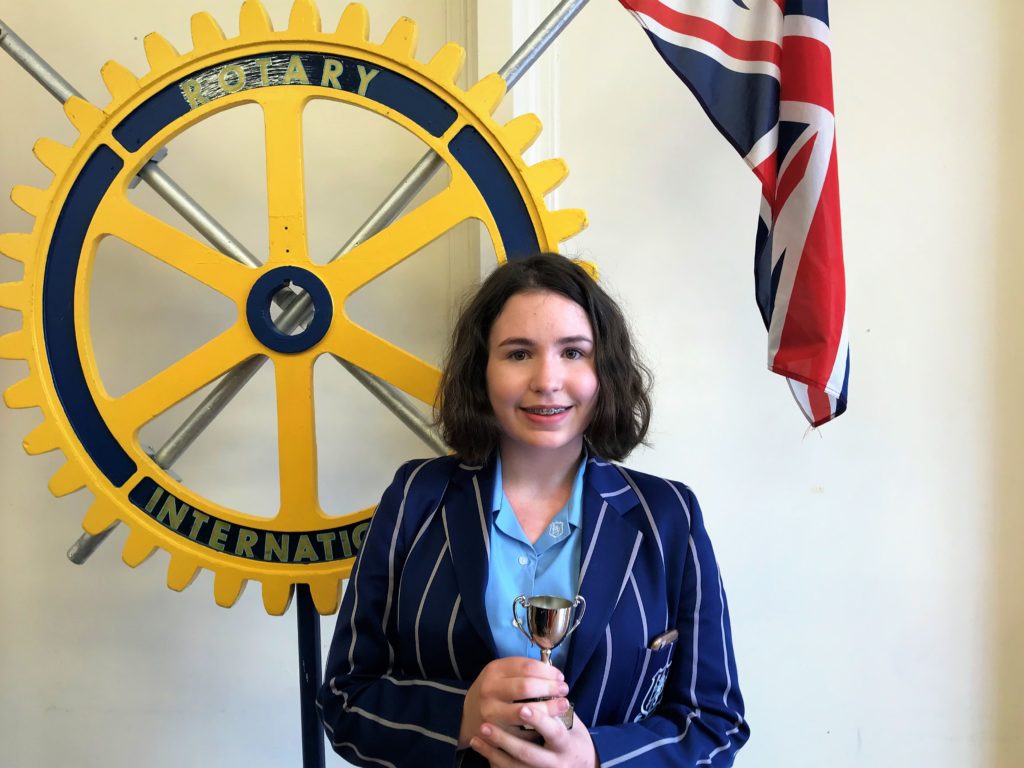 Year 9 students welcomed visiting dignitaries to Bridgewater as the school played host to the Rotary Club of Walkden’s 18th Annual Citizenship Day which raises awareness amongst young people within the City of Salford of the role they play within their community and encourages them to develop important skills of communications, participation and responsible action.

The Rotary is one of the world’s largest humanitarian service organisations with strong roots within the community and links citizenship with the signing of the Magna Carta in 1215 which granted rights and privileges to the people of England.

Students worked together with pupils from other schools within the local area including Co-op Academy Walkden, St. Ambrose Barlow and The Canterbury Centre to perform a variety of workshop activities before listening to a short speech on citizenship by Her Majesty The Queen’s representative, the Vice-Lord Lieutenant of Greater Manchester. Each group then had the opportunity to present their ideas to those in attendance, which included the Deputy Mayor and Mayoress of Salford, Youth Mayor of Salford and Rotarians, with the winning team awarded a lunch invitation to the Mayor’s Parlour.

Receiving an individual award for Citizen of the Year for Bridgewater School was Year 9’s Niamh, who was praised for her positive work ethic and her involvement with CAMHs in promoting positive mental health for young people.

“Niamh’s positive work ethic sets a shining example to her peers. She has overcome personal adversity this year, ensuring that her personal hurdles do not stand in the way of her academic achievements, future life goals and personal relationships. Niamh is also a vocal advocate of positive mental health for young people, working with CAMHs to promote teenage mental health and speaking about what should be done to help young people.”