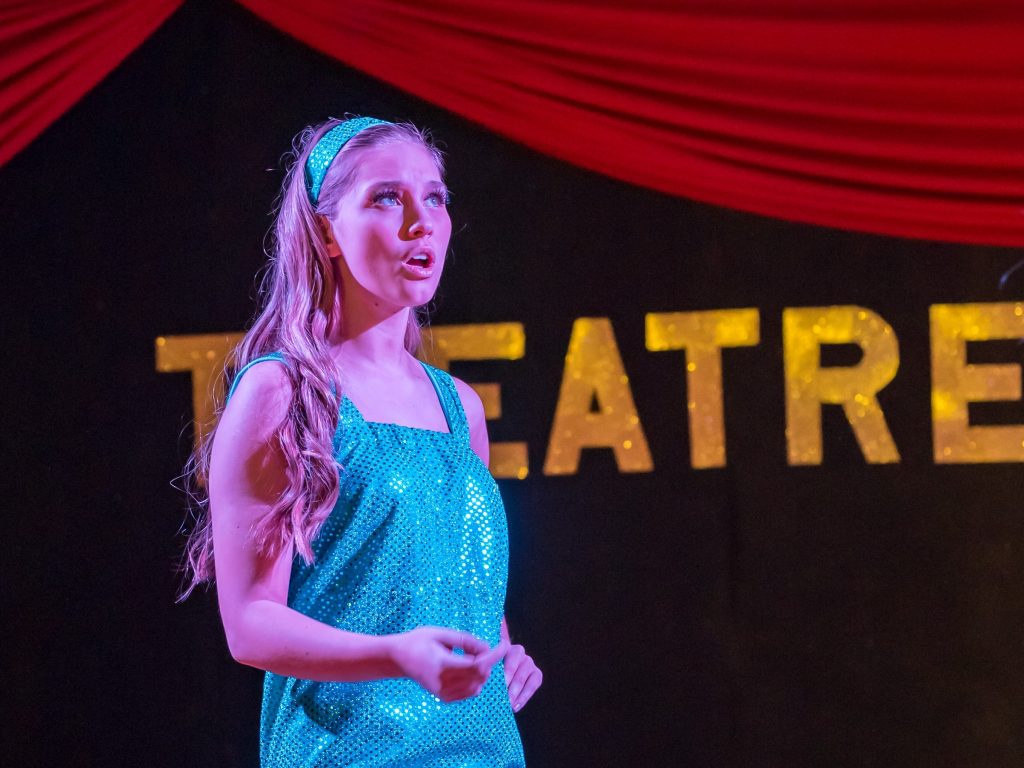 This year’s Senior Production showcased an abundance of talent spanning the performing arts, as audiences were treated to a variety of music and drama performances from across the theatrical spectrum.

Entitled ‘Theatre Nights’, the production brought together excerpts from hit Broadway musicals (Dreamgirls, Chicago, Mamma Mia, Les Miserables, Wicked and School of Rock), and enthralling dramatic pieces such as The Unreturning. Students excelled in storytelling as they explored the impact of war and its effect on young lives in this Frantic Assembly.

As the evening continued, viewers enjoyed Year 11 Hannah Jacobson’s comedic portrayal of ‘Sue’ (a character based on her own grandmother), before entering the world of Shakespeare, then on to a contemporary theatre monologue from Things I Know To Be True.

Bridgewater’s young performers did not stop there. Perhaps the most thought-provoking piece of the night was their delivery of The Curious Incident of the Dog In the Night-Time. A powerful play offering insight into the mind of a teenager with autism.

Well done to all our performers and thank you to everyone who came along for their marvellous support.