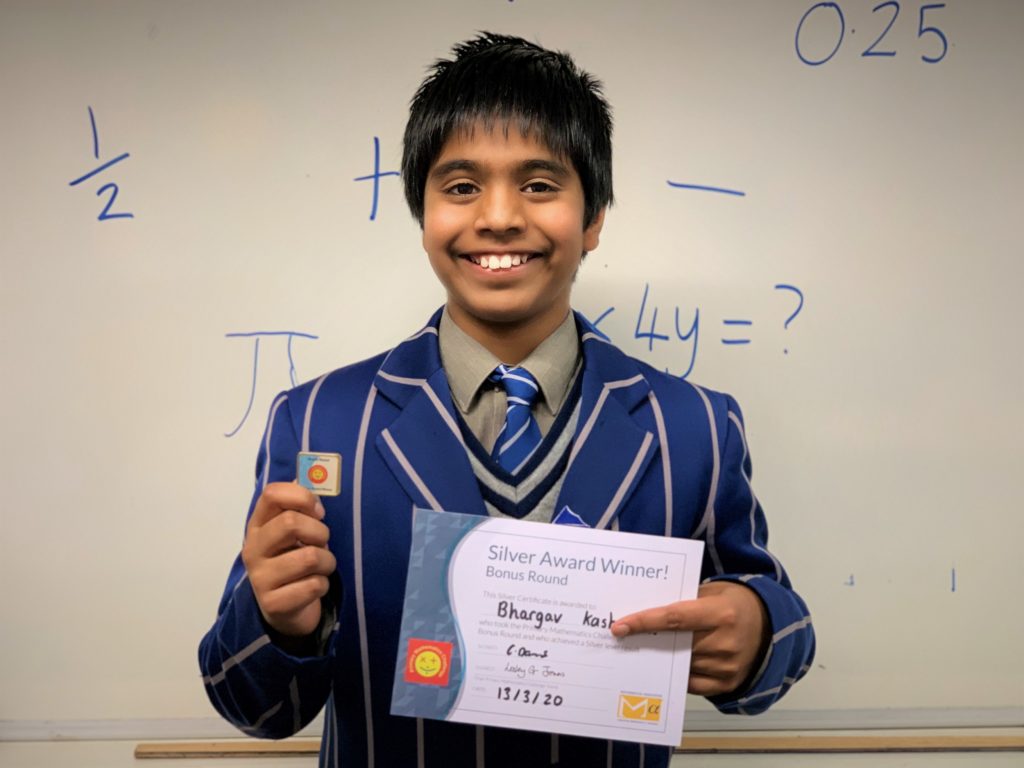 Prep VI pupil Bhargav has been presented with a silver award by the Mathematical Association in this year’s Primary Mathematics Challenge (PMC). The prestigious honour demonstrates his achievement as one of the best young mathematicians in the UK.

The first stage of the challenge took place in November 2019 when a group of Bridgewater pupils competed alongside 66,500 children from across the country. Successfully answering a variety of multiple choice mathematics problems, Bhargav joined the highest scorers who were invited to take part in the PMC Bonus Round in February 2020.

He rose to the challenge and was one of only 1,590 pupils to win an award in the Bonus Round.

Speaking of the pupil’s success, Maths co-ordinator Mrs Davies said: “We are all extremely proud that Bhargav has won a silver award. It is such an achievement to receive recognition for mathematical ability on a national scale. All of the children from Bridgewater School enjoyed taking part in the challenge and most importantly, it shows them that maths can be fun.”

Katherine Milner, Chair of the PMC committee, on behalf of the Mathematical Association added: “We would like to offer our congratulations to Bhargav and all of the pupils that participated. We received a large number of entries which reflects a real appetite for solving maths problems and puzzles. Feedback made reference to how interesting, entertaining, relevant and imaginative the questions were. Other comments mentioned how excited and ‘buzzing’ the children were following the challenge with many conversations about particular questions spilling over into the playground and classroom.”

Mrs Davies hopes that Bhargav’s success will inspire many of our younger budding mathematicians who will be entering the PMC in the years to come. Well done Bhargav, we are all very proud of you and your much deserved success.